We denounce the noise pollution in the southern districts and bring solutions. 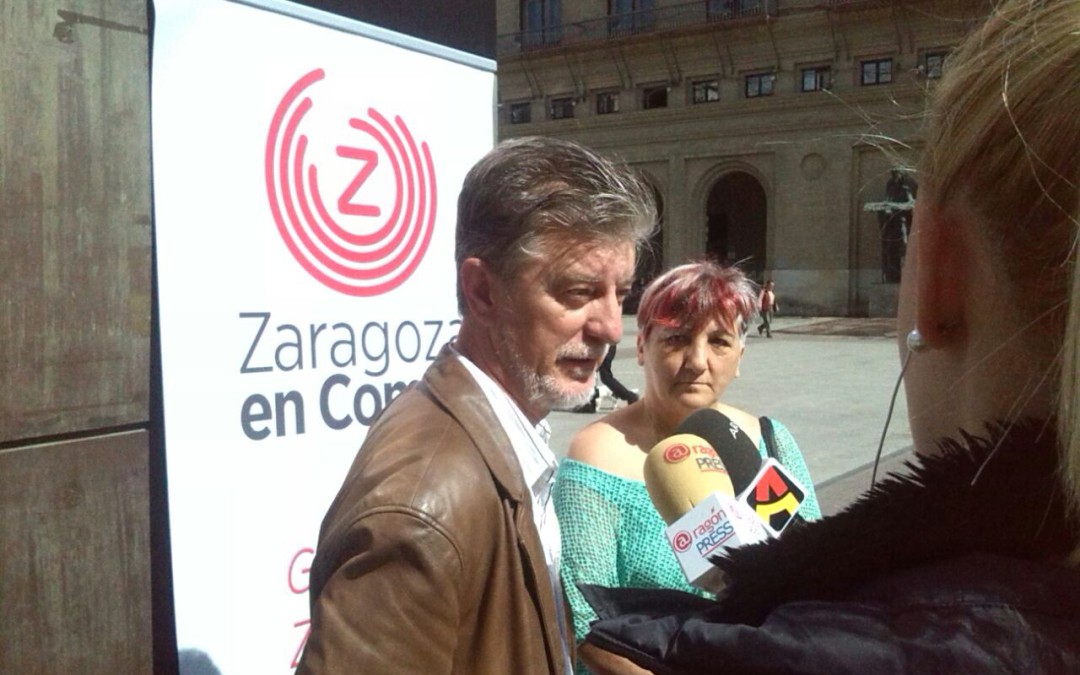 Zaragoza, April 21st 2015.- The candidates of Zaragoza en Común Pedro Santisteve and Rosa Burgos did an appearance to point out the troubles due to noises derivated from the commercial and militar flights in the southern districts of the city.

This way, the candidate Rosa Burgos pointed out, in Plaza del Pilar, that the issues suffered by the neighbors of this part of the city is because the building of the districts was carried out with a plan of 1997 and a projection towards 2007, «without a real measurement and ignoring a negative report from AENA». As a solution to this she has suggested the implementation of control stations to make a real measurement of the noise derivated of the flights and the aerial space of Zaragoza.

Because of this, the candidate has requested the implementation of these checkpoints so as to have a real measurement of the noise and the pollution «because without this we cannot force the planes to use the aerial corridor issued». She also added that these checkpoints could control as well the altitude and noise produced by the planes.

In the other hand, Burgos pointed out that the air forces are not under any rule nor normative and that it has been a long time since they do not have a meeting with them (only twice since 2005). From Zaragoza en Común  we launch an appeal so the Air Forces are commited to some palliative measures because «we cannot stop them from flying, but we can avoid the flights to be done on certain times with a minimum damage and we can force them to use the routes more suitable for us»

Also, Burgos mentioned that the level of noise reached the 95-105 decibels when air forces planes and 65-80 for the civil appareils, and criticized that «the air forces fly full exhaust and even break the barrier of the sound, without taking any measure», while the civil flights they have taken some.

Finally Burgos highlighted that they want the Mesa del Ruido formed by the Defence Ministry, AENA and the City Council so they can expose their problems.

The troubles of the military usage.

The candidate of Zaragoza en Común Pedro Santisteve mentioned that his party will study and negotiate the usage of land for military purposes and criticized the «risks attached» to some practices and the existence of San Gregorio, » a test field for grenades».

Some of the proposals of the program are the possibility that AENA purchases some of the terrains affected the most  by the noise pollution, the implementation of the stations and mapping of the noises, the implication of all the entities and neighbors in the search for solutions and seasonal change of the flights when talking about night flights and on regards the breaking of the aerial space, as Santisteve highlighted.